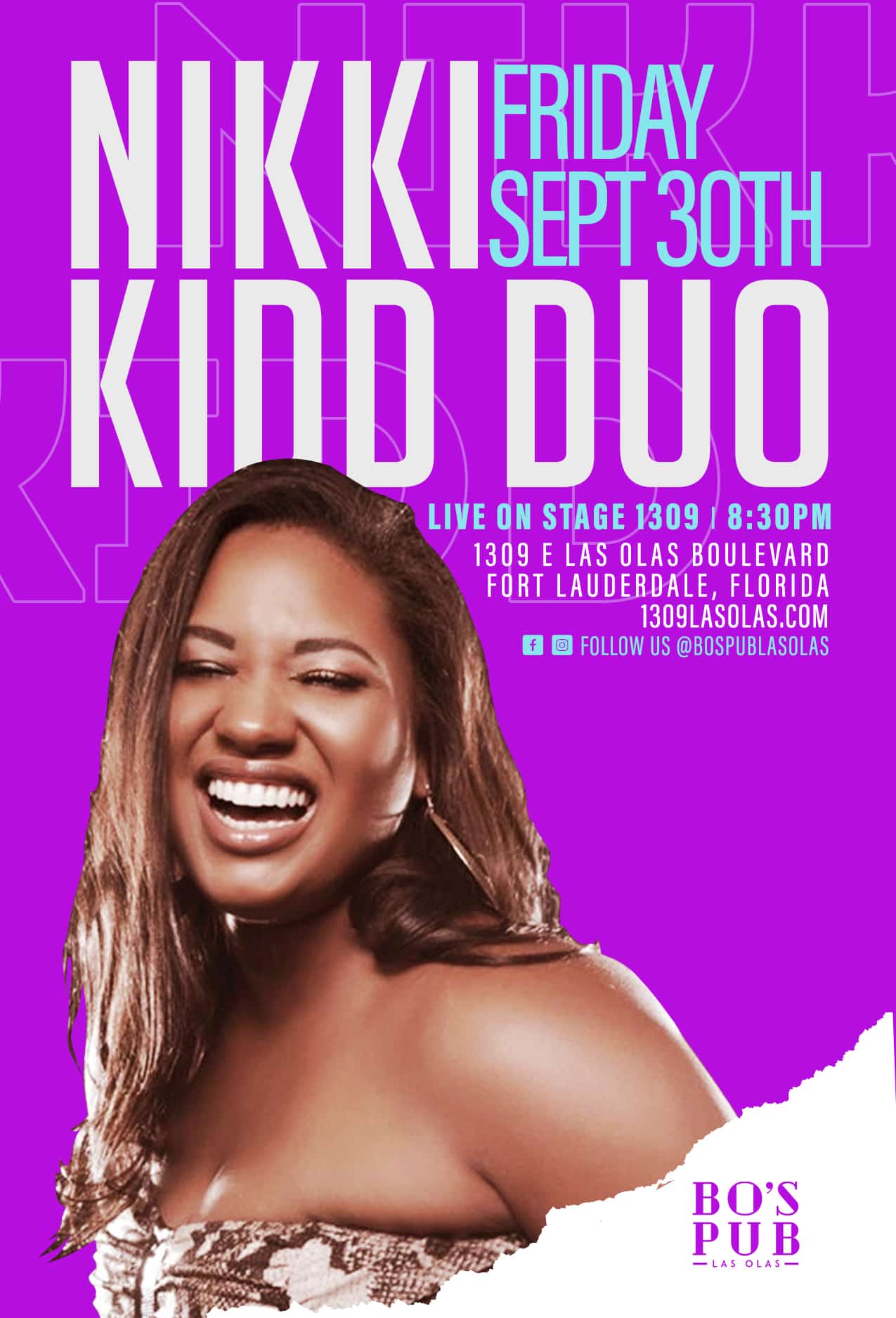 Nikki Kidd is an International Jazz Vocalist with a palpable passion for music. Her musical style is the embodiment of classic and current jazz while her voice has the ability to transport you back to the days of speakeasies.

Nikki was raised in the culturally diverse Miami Beach, Florida and started singing at the age of four. Being exposed to a melting pot of different cultures and a wide array of genres, has formed Nikki’s unique sound.  With a musical palette ranging from Jazz, Electronic Music, Reggae, Pop, Rock, Soul, and R&B. The diversity is very evident in Nikki’s music. Nikki earned her Bachelors at the University of Miami in Studio Music and Jazz Voice as well as a Minor in Music Business. At UM Nikki studied with world renown jazz artists such as the late Kevin Mahogany, Kurt Elling, and John Secada. It was at the University of Miami where Nikki developed an ear for jazz and her own unique stage presence. In 2018 she was voted Miami New Times “Best Jazz Act” as well as Legacy Magazine’s 40 Under 40. Nikki has a way of commanding the stage which makes her performance one NOT to miss!

Nikki’s accolades include working with acclaimed artists Gloria Estefan, Michael Bublé, KC and the Sunshine Band, as well has having the opportunity to sing back ground vocals for Aloe Blacc on Disney’s 2018 Christmas Special, Thelma Houston, Mary Wilson, and an upcoming show with Martha Wash, Shannon and Jennifer Holiday at Estefan Kitchen Concert Series produced by Estefan Enterprises, Nikki was also a background vocalist for Cory Henry with the Nu Deco Orchestra, and a background vocalist for Prince Royce’s track “Really Real”. Nikki also directed the Gospel Choir behind The Wailers new song “One World, One Prayer” that will also be featured on “Stand By Me (Celebrating Our Nurses), produced by Estefan Enterprises. Nikki has also performed with the Florida Grand Opera in their production of the Opera “Aida” at the Arsht Center. Nikki’s international performances range from Carnival Cruisline performing with the number 1 band, and has a residency at the Mandarin Oriental’s Historic Bamboo Bar in Bangkok, Thailand. Nikki’s 2019 European Jazz Tour took her to Paris, France where she performed at Le Speakeasy and enjoyed a warm welcome in Moscow, UFA and Yekaterinburg, performing in the hottest jazz clubs in Russia.