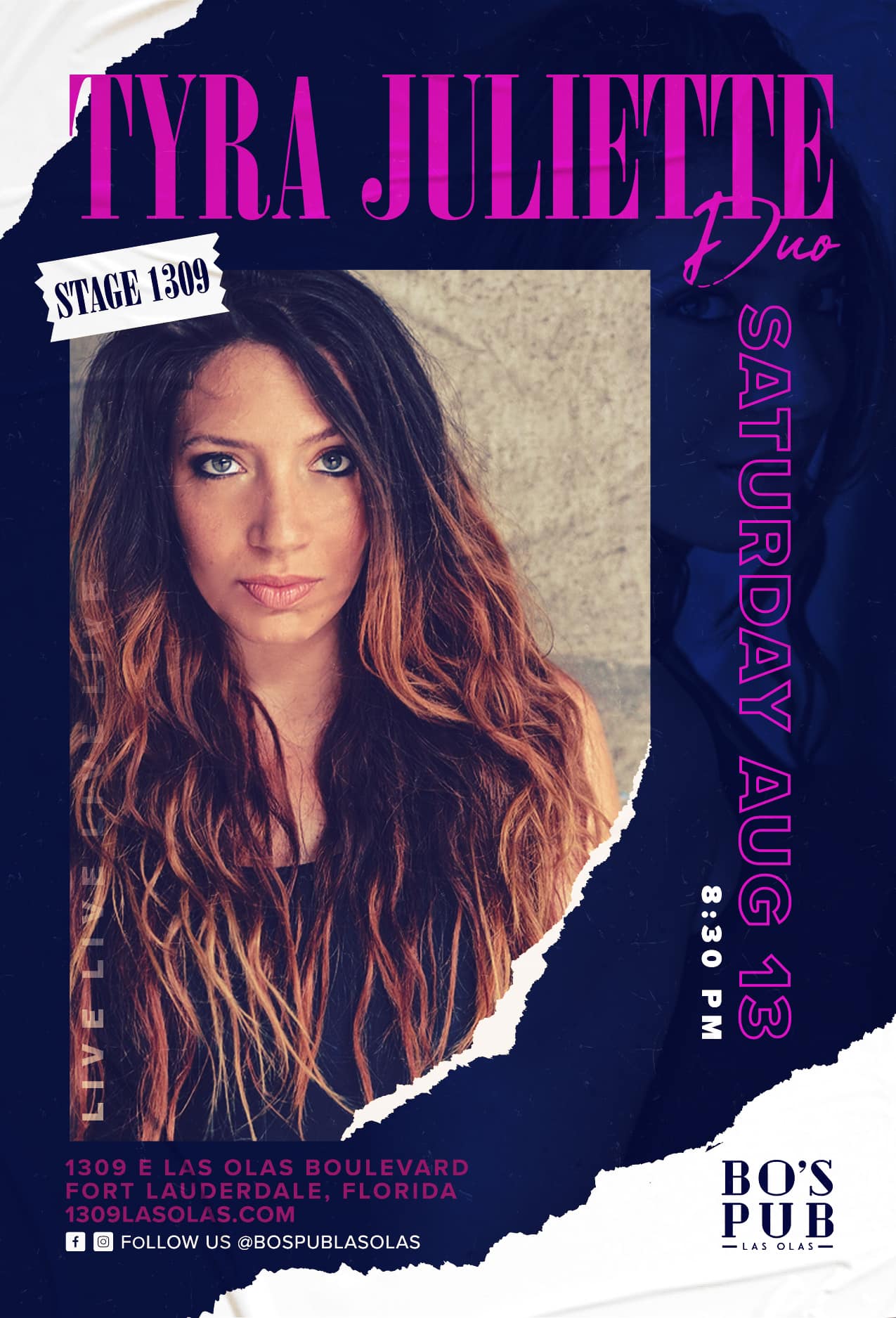 Join us with the incredible talent of Ms. Tyra Juliiette!

When not touring the world singing background vocals for some of the worlds top artists such as Keith Urban, Demi Lovato and Rita Ora to name a few, Tyra is headlining her own world tours. She has performed her funk/jazz shows to sold out crowds at major venues in New York, Los Angeles, Miami, Austria, Croatia, and Italy. August of 2015 was spent headlining jazz festivals throughout Italy, delighting audiences in Vasto, Maratea, Taranto, Silvi Paese, Puglia, Mattinatta and more. Her soulful voice, energy and charm give her an instant “likeability” factor, and her band members are some of the top musicians on the scene today. Often described as a cross between Amy Winehouse, Erykah Badu and Gladys Knight, she adds her own jazz/funk flare that is uniquely Tyra Juliette.